EDSA had its mission in providing a plethora of platforms such as annual gatherings, conferences, symposiums, publishing platforms, networking forums, individual assistance in research, training programs via a cadre of senior international distinguished professors in partnership with universities around the world and academically oriented organizations as its support.

EDSA as a platform is suitable for all doctoral researchers (PhD and DBA students), as well as those who are planning to start their Post Graduate studies.  It is also suitable for Deans and Heads of Research Departments as well as PhD / DBA directors.

EDSA focuses on Social Sciences with disciplines such as business (e.g. finance and account, marketing, management), international relations, political sciences, public policy and philosophy of management to mention a few.

This year EDSA is accepting Graduate students (M.Sc. and MBA) working towards the completion of their thesis and projects.

Using the ‘Flip Classroom’, candidates are given material before their participation for rich and effective discussion.

Upon attendance of all sessions and active participation / contribution to EDSA, participants will receive a Certificate with three (3) academic credits by the university partners.

EDSA (held during one week) consists of five (5) working days and two days for cultural exploration and socializing / networking.

EDSA explores the latest and well-tested methods and approaches in conducting scientific studies in the context of writing dissertations towards obtaining a Doctoral Degree.

During the weeklong program, the participants receive individual consultations on their respective subjects by Distinguished Visiting Professors and Academic Consultants on an individual basis, as well as in panels.

The candidates provide the Professors and Consultants their work, problem areas they experience in their research and questions before arriving to EDSA.

EDSA provides lectures, seminars and workshops—in an array of techniques and elements in the scientific method, academic writing and research methodology—are delivered by the Distinguished Visiting Professors and Academic Consultants.

To enhance the participants’ positive experience and maximize the benefits, EDSA organizes seminars on how to publish in high ranked international scientific journals, alongside with sessions for networking with the view of establishing collaborative research and academic mobility. EDSA invites representatives from several academic journals and publishers, such as Springer; Palgrave Academic Journals, and offers its participants introduction to, and assist with publishing papers and monographs. Among these publishes are Springer; Palgrave Academic Journals, which during EDSA 2016 was represented by its Editorial Director Business, Economics & Statistics, Mr. Nicholas Philipson (please see his testimonial from EDSA 2016).

On a successful completion of EDSA and full attendance, the participants will have gained new knowledge and expertise.

The participants will be awarded a Certificate from partner universities and receive three (3) academic credits for their successful participation.

EDSA is a privately held entity, which operates in partnership with several universities around the world for the purpose of strengthening Doctoral Researchers’ work specifically, and all other academic endeavors in general within Social Sciences.

EDSA has an association and affiliation with several international organizations active in the realm of Higher Education as well commercial entities and NGOs, and enjoys a large network of Distinguished Visiting Professors and Academic Consultants.

EDSA’s Mission is to ‘Harmonize’ the Scientific Method used and practiced across different scientific cultures which exists in various parts of the world as well as to encourage and assist young scientists and those who intent to embark on this path in their quest. 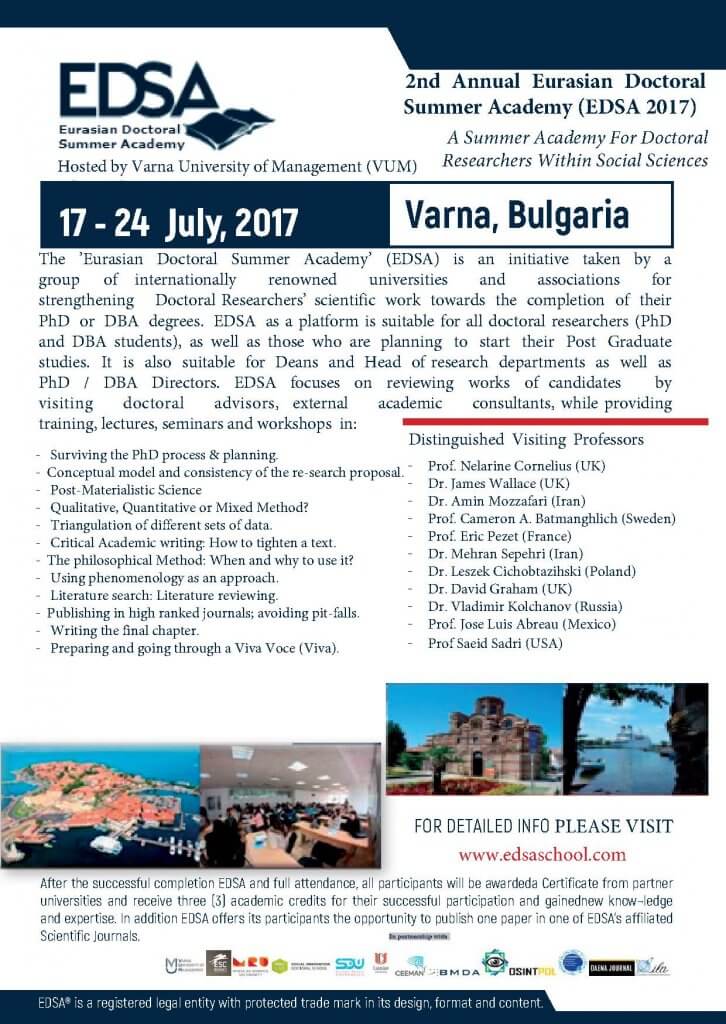 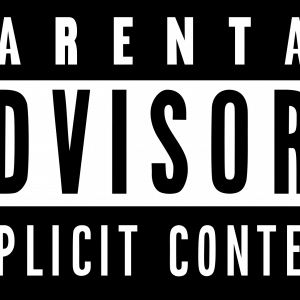